It’s easy to think that your dog trainer’s dogs were born perfect. Very often the things we post on social media focus on the good, describe improvements and are generally focussed on the good things about our dogs. With this in mind, I’m writing this blog post to try and help people understand how much work goes into a dog trainer’s dog, provide a case study on how I certainly haven’t always had a perfect dog and demonstrate the impact of consistent training over the course of a few years can have. 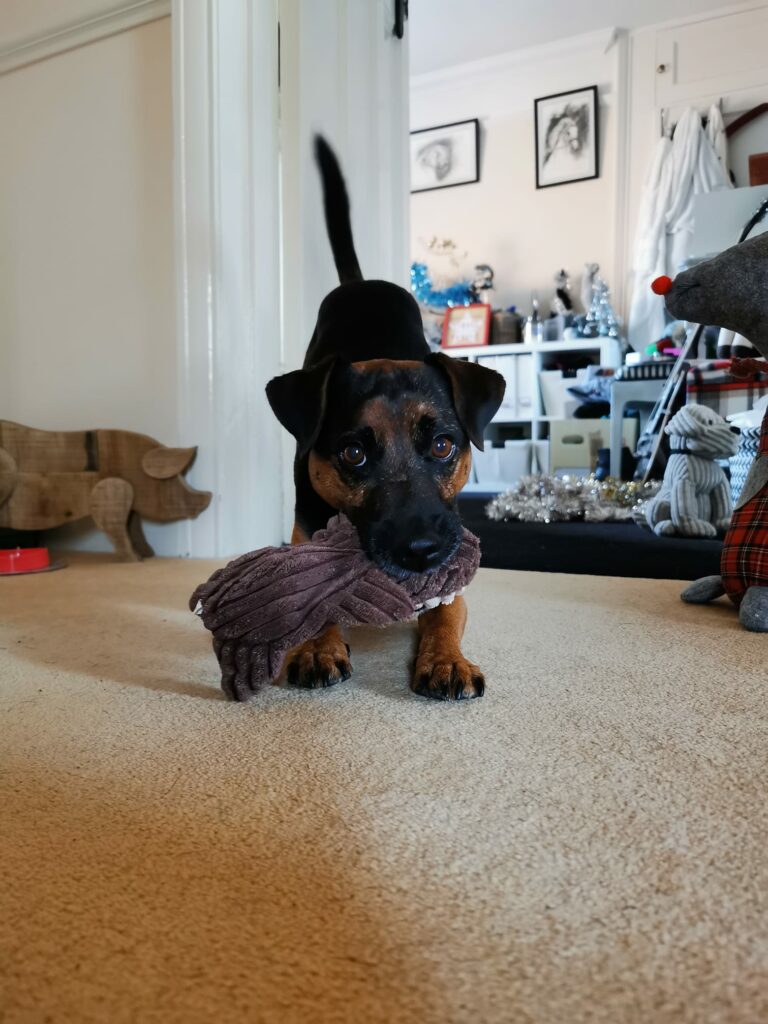 Pumba is my first dog and I’ve made countless mistakes with him throughout his life. I’ve tried incredibly hard to fix all of the mistakes I’ve made and turn around what I can. However, training dogs is far, far easier when you get things right in the first place! This has meant an awful lot of work on improving recall, reducing pulling on the lead and generally making day to day life easier with Pumba.

Now, I have loads of clients come to me with these issues and maybe some of you reading this are sat there thinking ‘That’s not so bad, surely?’ Perhaps they’re problems you’re facing or have faced with your own dog. In isolation they’re not awful, but if you’ve got a dog with poor recall the immediate solution is to keep that dog safe by using a long line or keeping the dog on lead whilst you work on the recall until they can be let off safely. So, this is what we did, but bear in mind he also pulled on the lead awfully. Pumba isn’t a big dog but I’m all of 5 feet tall, my mum isn’t much taller and has hip dysplasia so can be unstable on her feet at times. This has meant that Pumba has sent both me and my mum flying at various points. Suddenly not such a minor issue to be dealing with huh?

I’m not kidding when I say I used to dread walking Pumba and it was a regular occurrence to burst into tears from frustration on walks, regardless of where the walk was. We were training daily, attending three classes regularly and he was an absolute angel in these classes. We struggled on a few exercises like retrieve and stay but the issues we were facing outside weren’t so much as a second thought in classes. Pulling on the lead? Nope, we had a dog that adoringly followed us around waiting for whatever we would ask next. Recall? Bang on every time, no long line necessary. Past dogs, past people, past toys, past food, no problem whatsoever!

Two years ago, I thought that Pumba would never walk on a loose lead or recall outside of a training hall. It became a dream that I kept working towards but never thought I’d actually reach. It dawned on me the other day as I recalled Pumba away from a horse in a field (the horse was perfectly safe behind solid fencing in the next field don’t worry!) that two years ago my dream would be for Pumba to recall in a field, let alone to recall away from an animal in a field. Over the past two years with consistent training, determination and continued learning on the issues we’ve struggled with Pumba has helped us to achieve goals that were a dream for me once. Now they’re part of everyday life and I’ve even begun to take them for granted.

Recall isn’t the only issue that we’ve managed to fix, pulling on the lead is far less of a concern now. We still struggle in densely populated areas, but we continue to work on that. I focused on training issues that affected our day to day life with Pumba as often as I could (normally two 15 minute sessions a day per issue), and now the issues are no longer day to day issues. We still have bad days and I’m still continuing to work on them because they’re still not perfect. But my dream was never perfection because achieving them was a feat in itself.

By putting this work in, the main focus of my training with Pumba has now shifted to things that aren’t day to day issues but things that will enhance Pumba’s life. For example, working on teaching him to be happy with veterinary procedures as he’ll soon be having monthly injections. We’ve started agility and training for things that I don’t much mind about. We’ve focussed much more on tricks and some competition work and because this doesn’t affect everyday life with Pumba I’m far less stressed about if the training goes wrong or if we have a bad day with it. 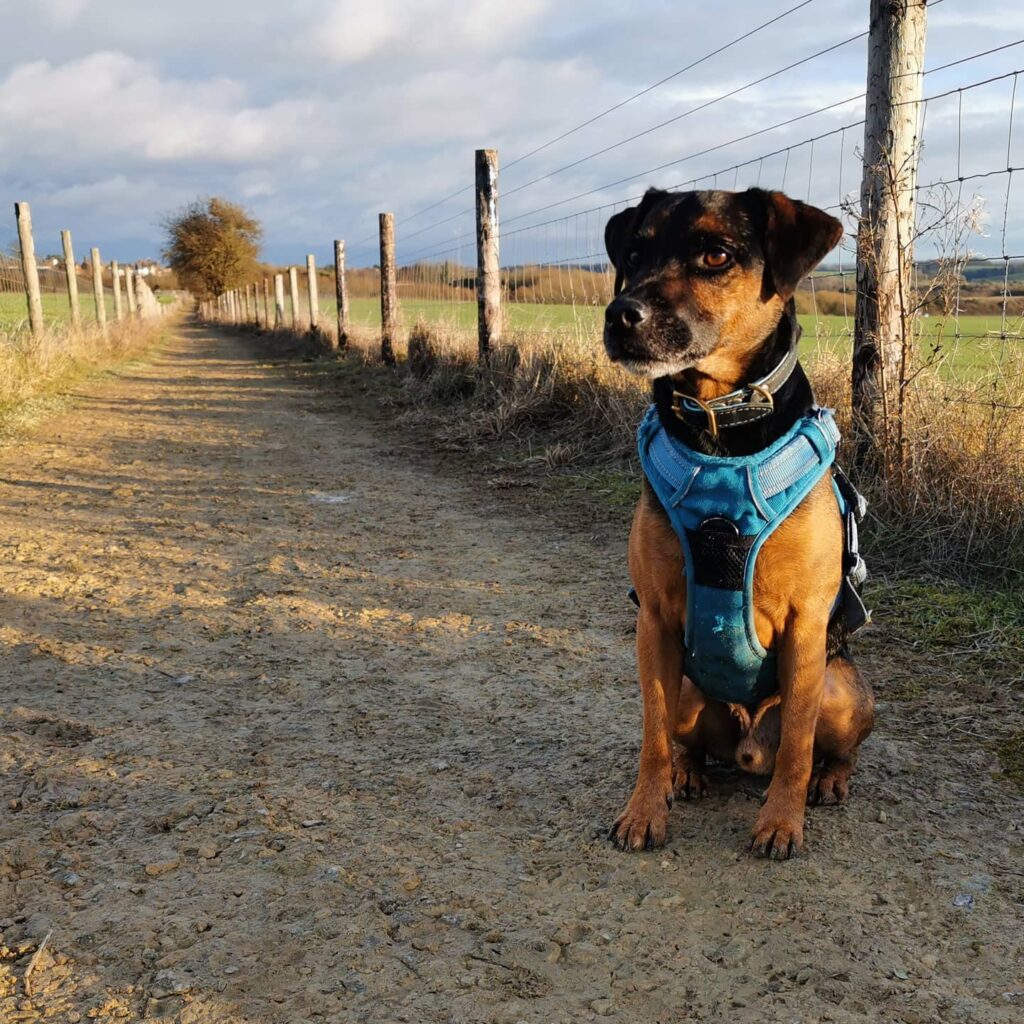 If you’re struggling with your dog at all at the moment, take a chance to note what stage you’re at and look back on this moment in a year’s time. If you train consistently and work at the problems as often as you can, you’ll surprise yourself at how far you’ve come and what you’ve achieved.